skip to main | skip to sidebar

Violence against women not limited by legal and policing framework say NGOs
By Charles Charalambous
CYPRUS IS deliberately minimising the number of domestic violence victims by not collecting accurate data under EU definitions, five NGO’s who provide support and protection said yesterday.

According to representatives from the five organisations, Cypriot law does not yet reflect the distinctions made in EU legislation for the different types of violence against women and children.

Horrific figures presented by the groups said 80,000 Greek Cypriot women are directly subjected to domestic violence, as are 75,000 children. Some 30,000 foreign women suffer violence against women, and 4,000 housemaids at the hands of their employers. Under EU law abuse of housemaids is classed as domestic violence.

Eleni Pissaridou of the STIGMA Foundation – an organisation for the protection of victims of sexual abuse and exploitation said Cyprus was relying on outdated legal definitions, which meant that whole areas of violence against women were simply excluded from official statistics

In the case of sex trafficking, she said the policy was deliberate.

“As a state we prefer to produce low statistics, so the victim is simply designated a police witness, and that’s where the case ends”, Pissaridou said. “We are talking about victims who, if they had come forward one or two years ago, would have had all their rights respected. This year, for some reason, they are not treated as victims, just witnesses. It suits the state to record them in this way, because this produces low victim statistics.”

Corina Demetriou of Simfiliosi (Reconciliation) presented the results of an EU-funded study into legislation in the period 1991-2006 concerning violence against women, children and youth in the ten countries which joined the EU in 2004. The study focused particularly on provisions of the law, policies, victim support, awareness campaigns and other practical aspects of the issue.

Demetriou said that following Cyprus’ EU accession in 2004, the issue of violence against women and children covers many more aspects than before under EU law. Apart from physical, psychological and sexual violence, it now also includes economic violence – preventing access to money, employment or training – and the definition of domestic violence has been extended to include intellectual and emotional violence, incest, marital rape and “honour crimes”.

According to Demetriou, the interpretation of existing law can still produce a questionable result: despite the fact that corporal punishment has been illegal in Cyprus since before independence in 1960, one Supreme Court ruling stated that a conviction was not necessary “because the violence used was very mild”. She also pointed out that there is no specific law in Cyprus to cover bullying – defined as the causing of psychological or physical pain – so any legal charges have to be based on a related theft or other offence.

One reason for gaps in the law may be the lack of official data. Demetriou said there is no data on violence against women, because “there is no process in place for recording complaints of violence against women and children. The only statistics kept relate to violence within the family, gathered by the Welfare Office, the police and the Association for the Prevention and Handling of Violence in the Family.”

She added that there is a particular problem regarding data on the sexual trafficking of women. There is no law to cover the registering of a complaint, so any data is gathered piecemeal by various organisations. What is worse, “if a woman is not officially recognised as a victim of trafficking, then her case is not recorded as such. The recognition process, which is carried out by one police department, is not always effective”, she said, adding: “there are very many clear cases of trafficking which go unnoticed, so they are not recognised, recorded or dealt with.”

Julia Kalimeri, founder of women’s support centre and shelter Apanemi, said that Cypriot society has lost a lot through the state concentrating processes and resources on itself, sometimes at the cost of those offered by non-governmental organisations (NGOs).

She added: “We would do well to ask ourselves why we allow support services to be taken out of the hands of NGOs and be limited to a level which offers so little to victims. Why, for example, when the Apanemi shelter opened in Limassol did complaints to the police increase so dramatically? And when it closed, the number of complaints also went down again. It wasn’t because the number of cases went up or down. When women know who to turn to, they come forward – when not, very few of them do so.”

Pissaridou said that since the STIGMA shelter in Limassol closed, “there have been just nine recorded victims of sexual trafficking or maybe I’m mistaken and there were ten.” She said that in previous years Cyprus had a terrible image abroad regarding sexual trafficking, there was no government shelter for victims of sexual exploitation, and the infamous “artiste” entry visas were still being issued.

“So what did we do? We got rid of the entry visas specifically for artistes, which sounds very good. We set up a government shelter, which again sounds very good. And we send the EU extremely low statistics on victims of trafficking. Conclusion? We don’t have a problem.”

“Similarly, in the past, the monitoring of artistes was the responsibility of the police. Now, that responsibility has passed to the Labour Ministry, but no monitoring is being done because there is confusion as to who is supposed to monitor what, and where. We have transformed sexual trafficking into an employment issue – supposedly.”

“Nobody comes here any more as an “artiste”, because we no longer have such a category of entry visa. But no-one has looked to see whether anything has changed in the places those women work. Is there ballet-dancing in bars, or are women still pole-dancing? Has the experience of those women actually changed in practice?”

“It is true that some “cabarets” have closed down, but some have been converted into something else. No mention has been made of the sudden increase in entry visas for barmaids, for the simple reason that there is no official statistic. When we ring up to find out, they cannot give us an exact figure.”

“Around ten days ago, I received a call from a young woman, who spoke in a way I recognised: crying, stressed, trying to explain to me what had happened to her. She told us of her all-too-familiar problem. This was a young woman who came here under the new system, in other words not on an “artiste” visa, but with a work permit based on a year’s contract. Do you think she is the only one? Nothing has changed in practice.”

“There is trafficking. What we as an organisation have been calling for since 2004 is quite simply for the government to stop issuing entry visas – for artistes, barmaids, or whatever – to women from third countries to work in these particular types of workplaces, which we describe as high-risk. Anything less is a half-measure.” 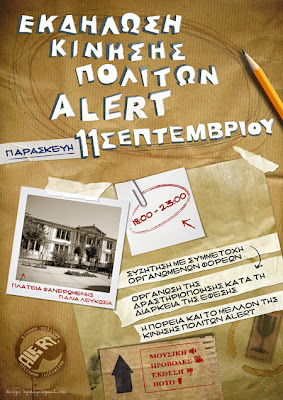